Deep dive into the history of the Queanbeyan-Palerang region with this road trip taking you through the region’s major historic locations from Queanbeyan all the way to Bungendore through Captains Flat, Nerriga and the heritage-listed town of Braidwood.

Start your journey through the historic sights and locations of Queanbeyan-Palerang from the city of Queanbeyan. Nestled among the city’s bustling shops, cafés and restaurants is a town full of history, dating back thousands of years. Take the self-guided Queanbeyan Heritage Walk to learn more about the local history and significant sites, and if you’re keen to explore even further, get in touch with the Queanbeyan Museum to organise a visit. While you are out and about exploring, stop by at a local cafe for a hearty breakfast before continuing on your road trip towards Captains Flat. After heading south on Captains Flat Road for about 30 minutes, you’ll arrive at the old mining village of Captains Flat. The village was one of the most important mining sites in the whole of Australia during the 1890s and mid-1900s, producing lead, zinc, copper, pyrite, silver and gold. The origin of the name is said to come from a bull named Captain who was known to graze on the flat grassy paddocks near the Molonglo River. Explore the history of the village further by taking the self-guided Captains Flat Heritage Trail walking tour.

Next up, you’ll be headed to witness the wonders of the natural world with a visit to the ancient forests of Tallaganda National Park. The national park spreads over thousands of hectares in the southern parts of the region, near Captains Flat. Because of its several different forest environments, Tallaganda is home to a plethora of animals – and as such, a perfect spot for wildlife spotting. The national park is home to echidnas, red-neck wallabies and the spotted-tail quoll as well as up to 55 species of birds.

PLEASE NOTE THAT DUE TO THE 19/20 BUSHFIRES AND COVID-19, YOU SHOULD ALWAYS CHECK THE NSW NATIONAL PARKS WEBSITE FOR THE LATEST INFORMATION ON CAMPGROUND, PICNIC AREA AND TRACK CLOSURES. 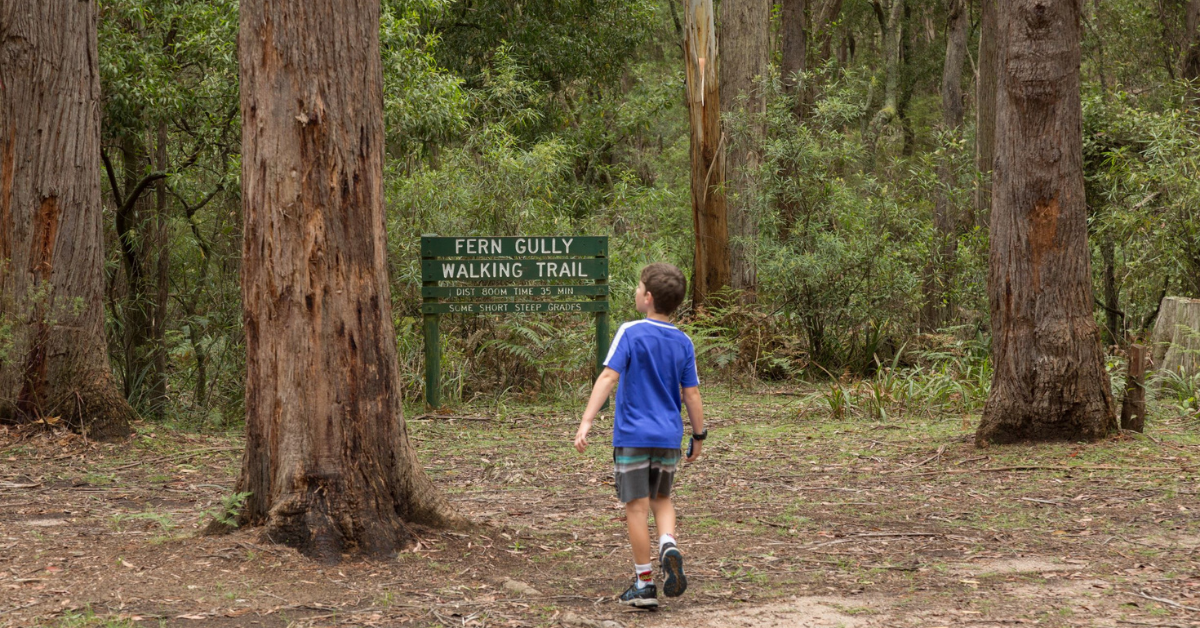 Cruising through Tallaganda National Park, you’ll next arrive at Majors Creek, a charming old gold mining town. It first started off as a retired soldier’s farm, then becoming a prosperous gold mining town after the discovery of alluvial gold in the area in 1851. During the gold rush, there were an estimated 2,000 miners in the district, each averaging an ounce of gold per person per day. Slowly, the village started growing with a police outpost established in 1851 and the Elrington Hotel opened for business in 1856. However, around that same year, alluvial gold ran out and the town’s population decreased to just 200 people within the 10 years that followed.  The second wave of mining started in 1869 when gold was found in the area and lasted until about 1914. One of the few reminders of the village’s past is St Stephen’s Anglican Church, which still stands tall today, as well as the Elrington Hotel which still welcomes locals and visitors for a drink and a bite to eat.

To continue your discovery through the old gold mining hubs of the region, pay a visit to Araluen. Nestled in the heart of the Great Dividing Range, the village lies deep within a valley. While it is now known for its calm, country atmosphere, in its heyday it used to be one of the most prosperous mining towns in New South Wales. Similarly to Majors Creek, the village was catapulted to a gold rush when gold was first discovered in the area in 1851, with about 15,000 people coming down to the valley for their share of the gold within months. Today, there are almost no signs left of the prosperous gold rush era the valley experienced. The town has since gone from a population of about 4,000 people to just 168, and from 48 licensed hotels to just one. The remaining Araluen Valley Hotel still stands today to welcome visitors to stop in for a drink, meal or overnight stay in the picture-perfect tranquillity of the Valley of Peace. From Araluen, you’ll be headed north towards the heritage-listed town of Braidwood, which is renowned for its colonial buildings brimming with antiques, cafes, speciality shops and more. Browse the town’s eclectic mix of antiques, jewellery, homeware and more, and try out the local cafes and restaurants ranging from Himalayan to Modern Australian, before taking on the self-guided Braidwood Heritage Walk. The extensive tour takes you around town on foot to learn more about Braidwood’s rich history through some of its historic landmarks. To learn even more about the local history, organise a visit to the Braidwood Museum to see their extensive collections of the town’s past, or pay a visit to the locally run Braidwood Visitor Information Centre to find out more about Braidwood and the surrounding villages. Next, drive up north to explore the village of Nerriga, on the edge of Morton National Park. If you are travelling between Wednesday and Sunday, stop by the friendly local pub, Nerriga Hotel, for a drink or a bite to eat. On the first Sunday of the month, the village’s popular local produce market is also on at the Nerriga Hall, featuring a range of local stallholders with delicious local produce.

Last but not least, you’ll be heading west towards Bungendore. The drive takes about an hour, but is well worth it as you get to treat yourself to Bungendore’s fantastic range of eateries, dishing up treats from French and Thai to Greek and Australian. Afterwards, spend the afternoon exploring Bungendore’s shops and galleries, such as Bungendore Wood Works Gallery, Bungendore Fine Art, Suki & Hugh and X Gallery, all showcasing incredible artworks using an extensive range of media. Finally, explore more of Bungendore with a short stroll past many of the charming old cottages of the village on the Bungendore Town Walk before heading out to marvel at the mysterious Lake George, one of the oldest lakes in the country.